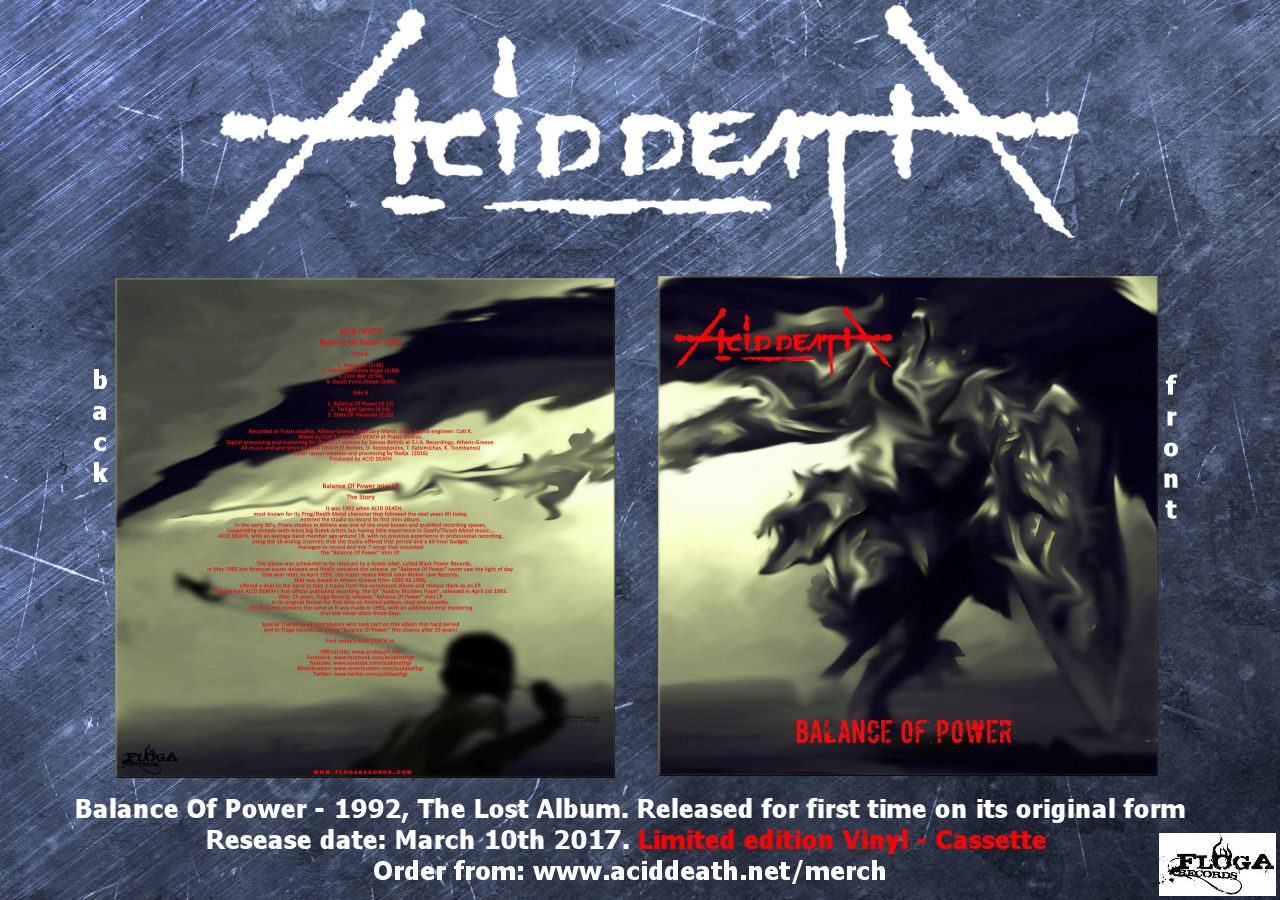 So, today is the day…
ACID DEATH – Balance Of Power 1992, the “Lost” album.
Friday, March 10th 2017, 25 years later, ACID DEATH’s first official recording that never saw the light of day, is out today on its original/physical form

Facts of that season:
– Average band member age: 18 years.
– 16 channels analog recording. Only!
– A 40-hours budget for recording/mixing. Only!
– No previous experience on professional recording from the band.

This is a piece of History, our History, that sees the light 25 years later. Released by Floga Records on limited edition vinyl-cassette. It is available through band’s official site: www.aciddeath.net/merch
No any digital version for this album (CD, Itunes, Amazon…) ONLY limited edition Vinyl – cassette!!
We’d like to say a big Thank You to George Filippidis and Floga Records for giving Balance Of Power this chance