After more than 3 months of delay, finally we are more than happy to have at our hands the re-releases of our band’s first 2 albums!

“Pieces…” was officially released for first time in 1997 by Metal Mad Music (Greece), released again by Copro records in 1999 and now it is out again for 3rd time. “Random’s…” was officially released in 2000 by Black Lotus records (Greece) and its provocative cover was censored, causing the album to be removed from some European markets. Both albums were sold out for many years and now they are back, released worldwide by Copro records/PHD (UK) with new mastering and bonus/unreleased tracks from that period.

Officially available from today from the band’s official site, www.aciddeath.net/merch, along with ACID DEATH’s latest album “Hall Of Mirrors” and “Eidolon” (2012) and from 26/2/2016 through PHD’s distribution, www.plastichead.com

It was a huge thing for us to have both of them again officially released along with band’s latest albums! For the fans that already have them in previous versions, this is a good chance to have them again with a really killer sound and extra material. 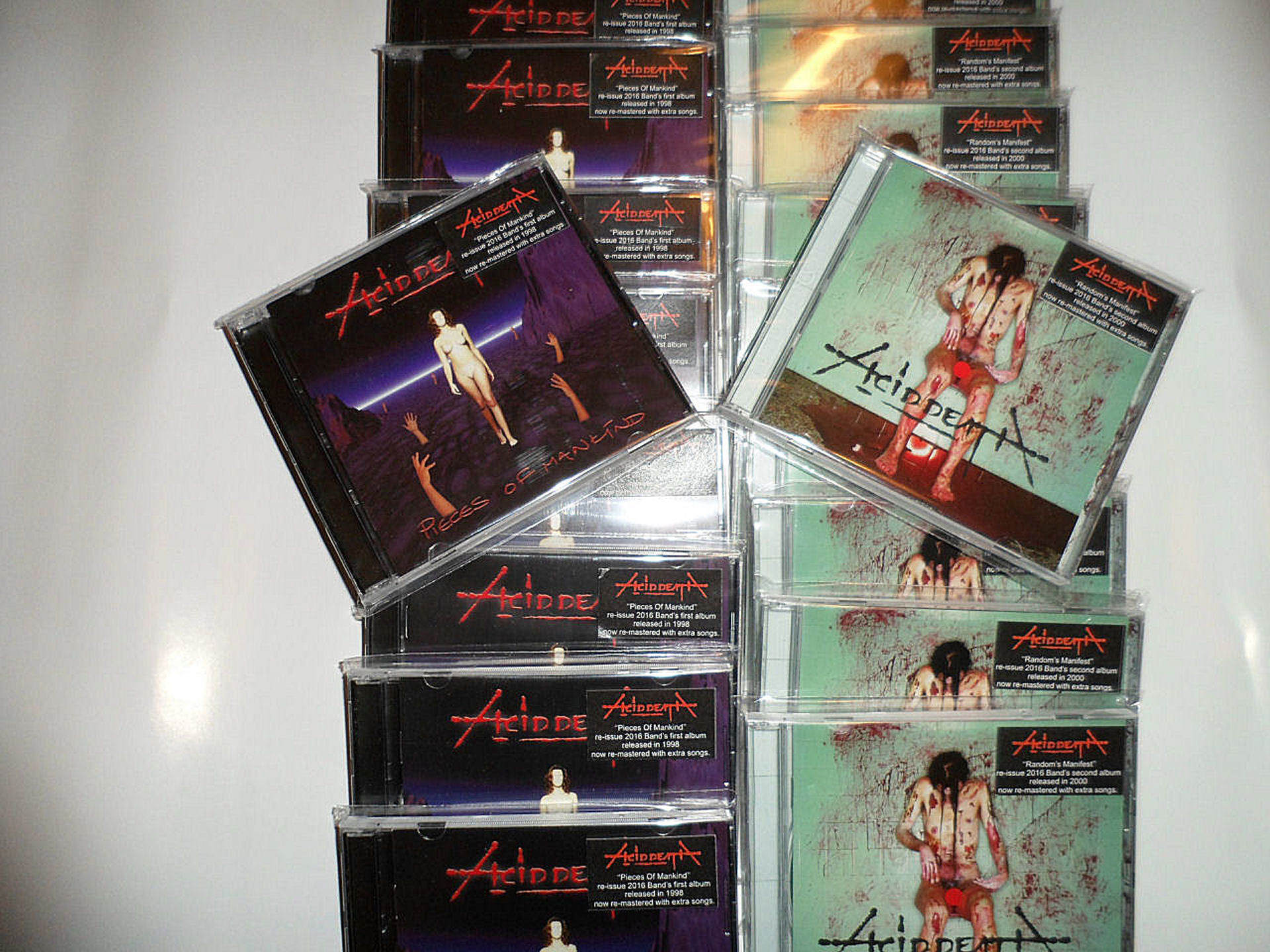