ACID DEATH is more than happy to announce two new releases for the band in 2017! A digital single release and ACID DEATH’s very-very first album, that sees the light for first time on its original/physical form. So! Here are all the details:

1) ACID DEATH – “Life And Death” – feat. Jon Soti, Digital Single
One of the most powerful tracks from band’s latest and successful album “Hall Of Mirrors”, a track that includes also the melodic vocals from one of the most known and beloved Greek Metal singers, Jon Soti, now will be out as Digital Single in a new version. It is the first time that ACID DEATH has such a release! Available worldwide on February 24th, 2017 by 7hard/7us Media Group GmbH.

2) ACID DEATH – “Balance Of Power – 1992”
This was band’s lost and very-very first album, recorded in 1992 and never saw the light on its original/physical form. Available on limited edition vinyl/cassette on March 10th, 2017 by the Greek label Floga Records. (www.flogarecords.com)

​The same period that the band is preparing its new material for the next -untitled yet- full album (7th official release) there are 2 more releases for all ACID DEATH’s fans, old and new! Also available through band’s official site: www.aciddeath.net/merch 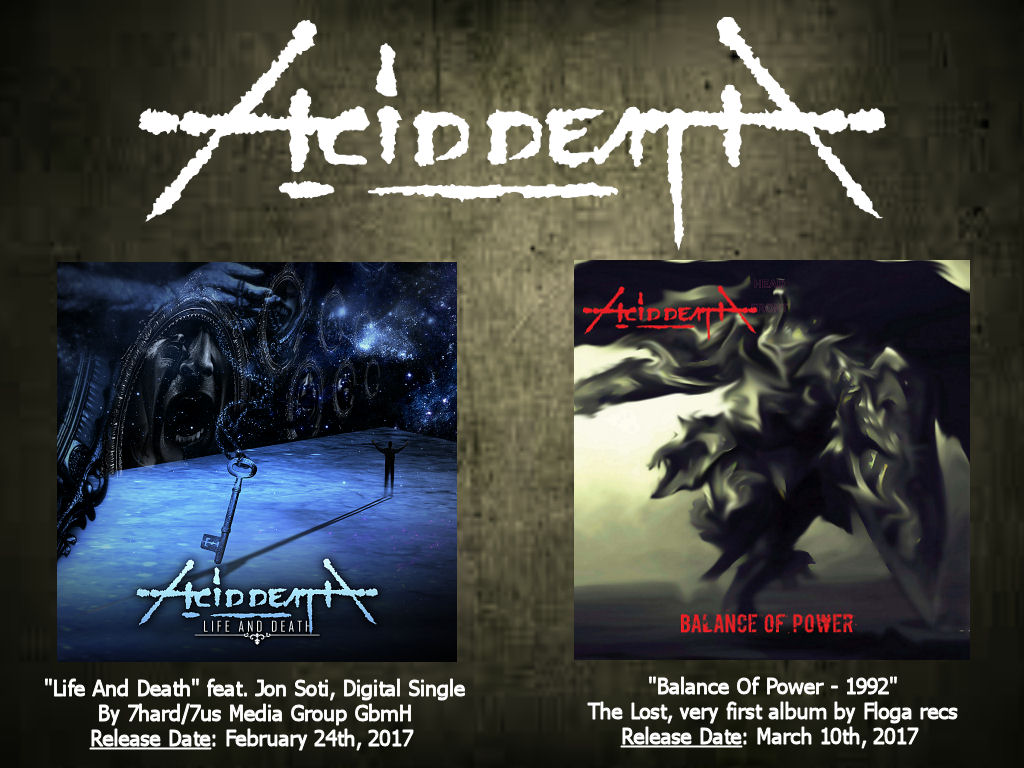