Having a budget for 100+ of studio hours, Acid Death entered Athenian AMP studios in summer of 1997 to record “Pieces Of Mankind”. It was a new release 20 years ago when it came out, late November/early December 1997.

The 1st re-release was facilitated by the English Copro Records /Casket Music in June/1999, and having a new mix, it was “Album Of Month” for the English Terrorizer Magazine, something totally unique for a Greek band at that period.

The 2nd re-release, after being sold-out for many years, again by Copro Records /Casket Music, includes a new mastering and unreleased material from that season. 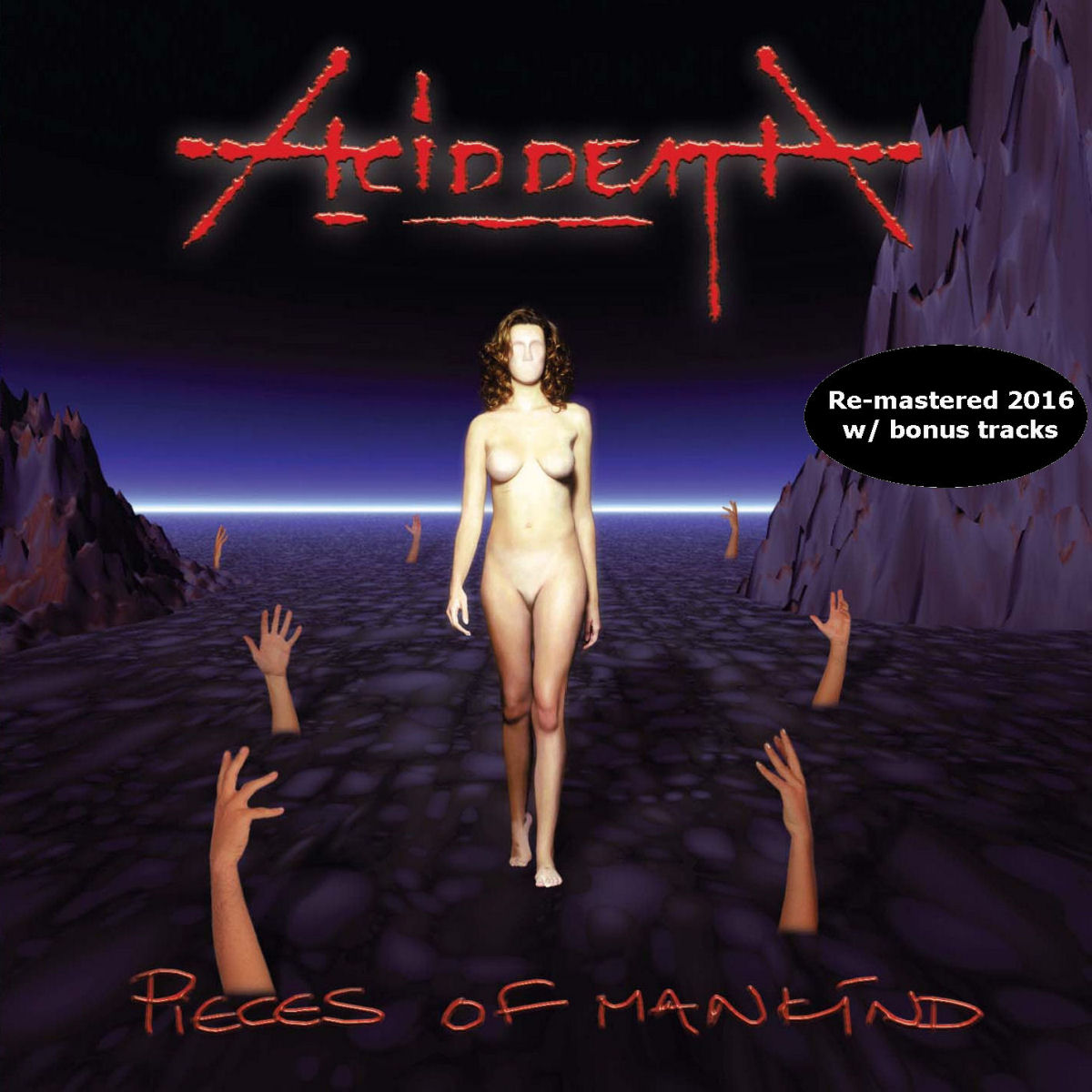