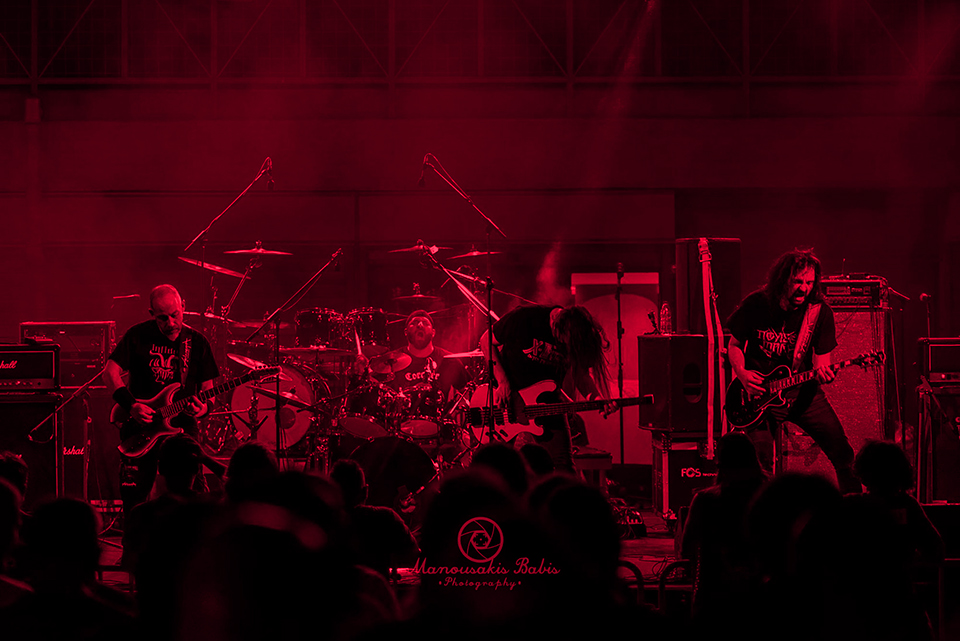 They were characterized by many as the most subversive, controversial and “heretical” Death Metal band that took the Greek scene until 2001. Recordings for them began when the word “discography” sounded very new to the Greek underground. Received numerous enthusiastic reviews from world press and a host of opponent arrows especially in their own home country…

ACID DEATH, is one of the oldest Greek bands that have been active for 12 years, from 1989 to 2001, started from classic Thrash Metal and ended up being the sole representatives (for many at a European level) of Progressive Death Metal up until their disband. Now the band is active again since 2011. Having the assets of an EP, a split LP, three full length CDs and countless live appearances at times where live gigs where worth their weight in gold, they played along with bands such as KREATOR, THE HAUNTED, IMPALED NAZARENE, CHILDREN OF BODOM, MAYHEM, ROTTING CHRIST, CORONER, PESTILENCE, SIX FEET UNDER, they have come full cycle and the years that followed only strengthened their name… Its members were found in other bands of the scene, giving good examples. The «Total Recall» of 2011, almost 10 years after its disband, found ACID DEATH with a revamped lineup, endless inspiration and above all the mood for a lot of hard work.

On June 1st 2012 the band released its 5th official release, “Eidolon” album, the 1st after its reunion. In 2015 ACID DEATH signed a 5-years contract with the German label 7hard/7us Media Group GmbH and the successful “Hall Of Mirrors” album saw the light of the day on September 11th, 2015. Two years later band’s “Balance Of Power 1992 – the lost album” released for 1st time on its original form after 25 years.

This season ACID DEATH are have released their 6th album, Primal Energies, co-produced by CORONER’s mastermind, Tommy Vetterli, arranging also the next promotional and touring plans… 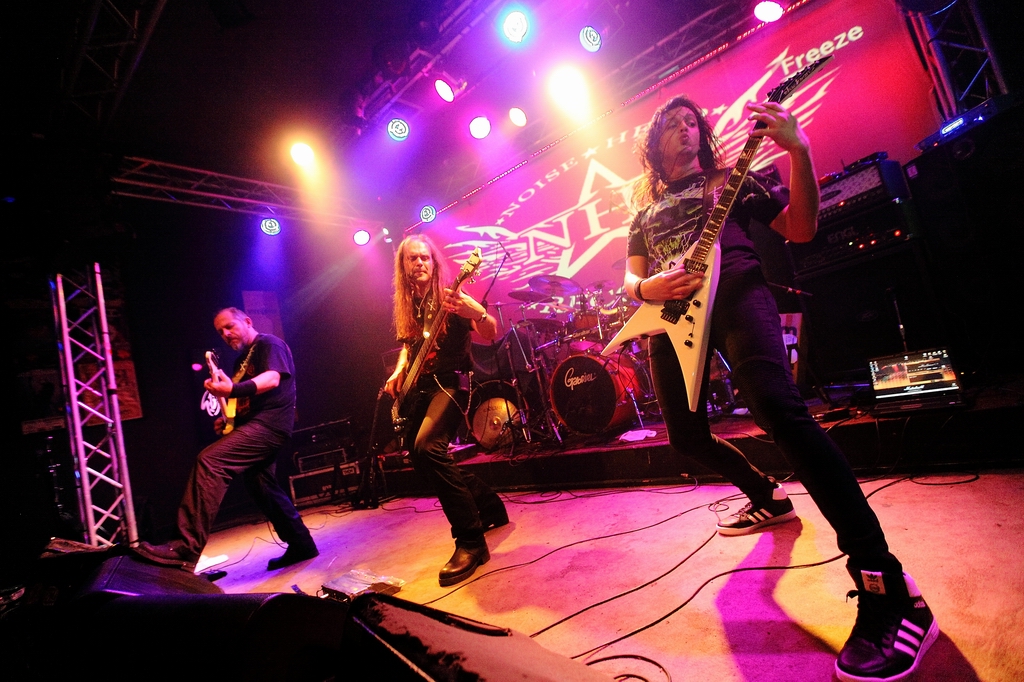 -1991. ACID DEATH at their first steps in recording,  perform an independent production of their first mini LP called “Balance Of Power” , a piece of work that was to remain on the shelf and see the light many years later when the band had dissolved in the form of free downloading.

-1993. The year they release their first official work, the EP “Apathy Murders Hope” by the Greek independent label MOLON LAVE recs, providing the first evidence of the Progressive Death Metal path that the band was to follow a few years later.

-1995. Two years later, a split-LP is recorded and released with Spanish Extreme Metallers AVULSED. The band has already lost the opportunity of a very good record deal with a famous label of that time due to military services.

-1998. The first full length album “Pieces Of Mankind” is recorded and released, showing the Progressive character that is to be followed by the band. ACID DEATH were walking a tightrope between Death Metal and Fusion/Jazz and the first negative arrows began to come… The album remains forgotten and scorned to domestic record store shelves, but the re-release of 1999 by the English fledgling label Copro Recs/Casket Music makes it “Album of the Month” in a VERY well-known English magazine, which is radical and unheard-of for a Greek Metal band, that season…

-2000. The swansong “Random’s Manifest” full length album is released by the already established BLACK LOTUS recs making the name of ACID DEATH affirmed and applauded by the European press and made fun-of in their own country! The provocative cover of the album is censored and the CD is removed from the German market… For the first time the foundation of the band start grinding unusually strange…

-2001. After 12 years and 4 official releases, the band announced its disband while being in the studio for the pre-production of their third full-length.

-2008. “Pieces Of Mankind” is to be the first among the “Greek Metal Scene-40 Most Distinctive Album of all Time” as voted by the editors of the Greek RockHard Magazine.

-2009. 18 years after its recording, the first -unreleased- mini LP of ACID DEATH sees the light in the form of a free downloading as a “gift” to those who had appreciated the band all the past years.

-2011. “Life After Death”… A case not rare, but with an another application. The name of the band is strengthened and boasted while practically ACID DEATH “…are non-existent for over 10 years”. The band announces its return, officially on January 11th.

-2013. The material from band’s split LP from 1995 is re-recorded and re-released as independent free digital EP titled “MisleD 2013” . In the same year, on METAL DAYS Festival-Band Competition, ACID DEATH gain position #7 among more than 600 bands from all over the world and their appearance at METAL DAYS fest 2013 is realized.

-2014. The first European tour after band’s return is a fact. The Witch Hunt European Tour together with US Death Metal legends MASTER.

-2015.  ACID DEATH sign a 5-year contract with German 7hard/7us Media Group GmbH and band’s 6th official release, the album “Hall Of Mirrors” sees the light on September 11th, gaining excellent reviews and comments from press and fans. For many, this is the most integrated and powerful work ACID DEATH have ever done.

-2016. English Copro Recs/Casket Music re-releases band’s first 2 albums, “Pieces Of Mankind” and “Random’s Manifest” , that were completely sold out the previous years. The albums are re-mastered, including bonus material from the time they were originally recorded and released. At the same time, “Hall Of Mirrors”, becomes #5 in the article “Greeks Do It Better – 70+ most inspired albums by Greek bands for the years 2015-16” by the Greek Metal Hammer magazine. (issue #337/May 2016)

-2017. After 25 complete years ACID DEATH’s “Balance Of Power”  mini album, actually band’s very first, physically unreleased and “lost” recording, is scheduled to be released for first time on its official form, on March 10th, by the independent label Floga records. The same season, ACID DEATH’s first ever digital single “Life And Death – feat. Jon Soti” from Hall Of Mirrors album  released by 7hard/7us, is reaching position #11 at German Amazon, charts/ new releases. It is the first time that ACID DEATH enter charts with a release…

– 2018. CORONER’s mastermind, Tommy Vetterli, is the co-producer of ACID DEATH’s 6th album, “Primal Energies”. The recordings start in Athens in April and end in Switzerland with album’s mix and mastering. 10 months in studio and the album is scheduled to be released worldwide on March 15th 2019 by 7hard/7us Media Group GmbH.

…And the Story Continues…

Record Label: 7hard (A division of 7us Media Group GmbH)