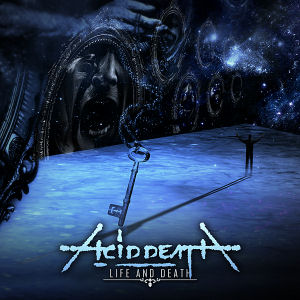 One of the most powerful tracks from band’s successful album ”Hall Of Mirrors” – 2015, a track that includes also the melodic vocals from one of the most known and beloved Greek Metal singers, Jon Soti. Released world-wide as Digital Single in a new version by 7hard/7us Media Group GmbH. on February 24th, 2017. Find it also at www.aciddeath.net/merch

This is the second digital single from ACID DEATH’s “Primal Energies” album, released on January 24th 2020. Download from: